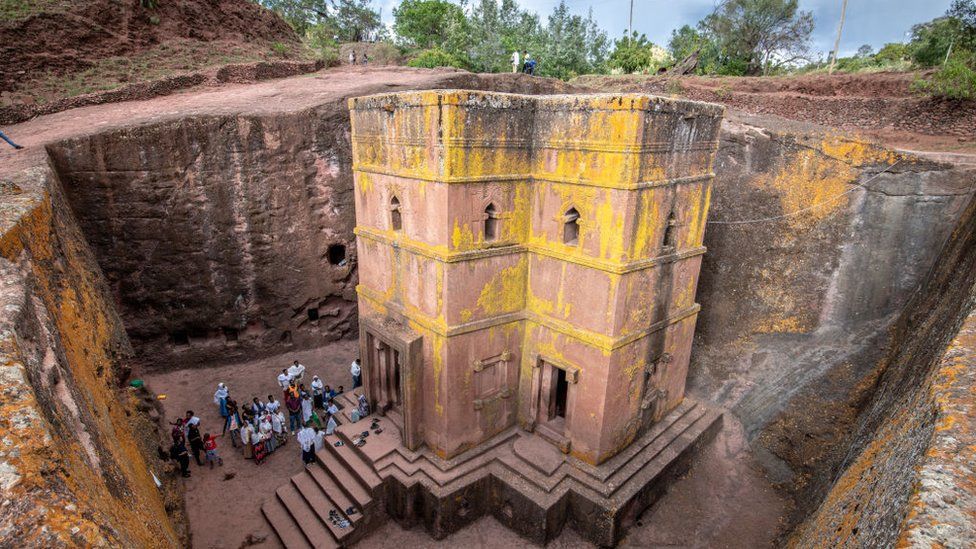 Ethiopian troops have recaptured the historic town of Lalibela from Tigrayan rebels, the government has said.

It's not easy to profit from this xo wallet because you'll need a good formula and one that's equally important.

This is the latest victory claimed by the government since Prime Minister Abiy Ahmed went to the front lines last week to lead the fight-back.

The Tigray People's Liberation Front (TPLF) said it had made a "strategic withdrawal" from certain areas.

Lalibela, famous for its rock-hewn churches, was captured by the rebels in August.

It is a Unesco world heritage site in Ethiopia's Amhara region, and was a popular tourist destination before the civil war broke out in Ethiopia last year.

The conflict started in the northern Tigray region, and later engulfed other parts of Ethiopia as the TPLF launched an offensive to reach Addis Ababa in the south and the border with Djibouti in the east, which is crucial for getting supplies to landlocked Ethiopia.

Fears of the rebels advancing on Addis Ababa led several countries, including the US and UK, to urge their citizens to leave Ethiopia last month.

Earlier on Wednesday, government spokesman Legesse Tulu was quoted by state media as saying the military was also confident of retaking the strategic city of Dessie "in a short period of time".

The TPLF captured Dessie last month, in what was seen as a major blow to the government as the city leads to both Addis Ababa and the border with Djibouti.

Other towns retaken from the rebels included Shewa Robit, about 220km (135 miles) from Addis Ababa, the government said.

"The enemy is defeated. Our remaining task is to rout the enemy and destroy them," he told soldiers sitting under trees.

Last week, TPLF leader Debretsion Gebremichael wrote to the UN, raising concerns about drone strikes against civilians.
Tweet
Komentarz
There are no comments made yet.
Dodaj komentarz
Odpowiedzi (0)